First time I’ve flown a freighter since I joined the Marquis. Was one of the motivations for joining, so bored of flying cargo ships. Still this one’s rather manoeuvrable for a freighter, I wonder if the insectoids used this as a blockade runner on occasion.

I like flying ships, but 3 months of 12-hour shifts is starting to wear. I hope those really are indications the wormhole is open, I don’t like the idea of spending another couple of months here.

Three and a half months. What’s happened back in the Alpha quadrant in that time?

The transporter sparkles dissolved into a view of a small agricultural settlement, still showing the signs of the recent Cardassian occupation.

Lieutenant Commander Tony LeStrange, USS Boston, sighed and headed down towards the center of the settlement. Third and last visit of the day, then he intended to find a bar and get seriously drunk.

He checked his padd and looked around, but didn’t immediately see anyone matching the picture he had. ‘Excuse me,” he called out to the  nearest person, “I wonder if you can help me locate someone?”

Twenty minutes later, on the outskirts of the settlement, Cmdr LeStrange spotted the person he’d come to see. He was part of a group clearing away debris from what appeared to be a collapsed building of some form.

“That’s me,” the oldest man in the group answered, “What can I help you with?”

Twice that day and three more times the previous week and it never grew easier. “Mr Carthright, I regret to inform you that the ship your son was serving on has been declared lost with all hands. Starfleet sends their condolences and if there’s anything that that I can do to assist, you just have to ask.”

Malcolm Carthright took a step back, shaking his head, ‘I think you’ve got the wrong person, my son’s not in Starfleet.”

Cmdr LeStrange checked his padd carefully and frowned, “Lt Stephan Carthwright, Starfleet service number 28492992, born 2346 Salva II, joined Starfleet 2374 as part of the Correctional Service Amnesty Program. Assigned USS Rutan stardate 51834.” He looked up from the padd. Malcolm had gone several shades paler and had pressed a hand to his chest. “Sir, the USS Rutan was declared lost with all hands stardate 52002. I am sorry to be the one to inform you.”

‘No…” Malcolm staggered back against some debris and sat heavily, ‘No, no, no!!!!”

Congrats on the promotion. You’ll be running the entire colony in no time I’m sure.

I’m going to be out of contact for a while, should just be a couple of weeks. Can’t say more, you know how it is. Please tell Ken I wish him a very happy birthday in advance. I’m glad he’s feeling better than when I last saw him. Oh, and he doesn’t owe anyone anything. Personally I wouldn’t wish my worst enemy a stay in a Cardassian prison. I told him that when he was onboard the Agora, maybe he’ll believe it if it comes from you. If he insists on doing something, he can send a ‘thank you’ message to Captain Jason West, USS Rutan. It’ll get to us eventually.

I will speak with Father again when I get back, if only to stop you nagging me. I don’t know what you expect to achieve, but you were always the peace-keeper in the family, even before Mother died. Honestly though, he’s made up his mind about me, it’s going to take some significant event to make him reconsider, you know how he is.

Look after yourself and the brats, love to you all, I’ll call when I can. 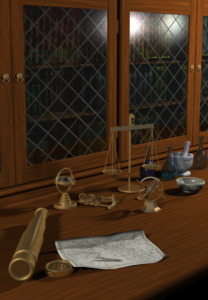 I joined the Marquis for the excitement. I was bored, I wanted to see the galaxy and I wanted to do it on my terms.

I told myself at the time that it was for good and noble reasons, defending our homes, resisting Cardassian aggression, that kind of thing. Told anyone else that would listen that as well. But that doesn’t make it the truth. I wanted the adventure, the resistance against Cardassia was just a convenient excuse.

Was that really less than three years ago? It seems like a lifetime. So much changes in just three years. I’d like to think I’ve changed as well, but am I just deluding myself again?